by Brandon Pomeroy on July 31, 2015 under ConfinedXY
1 minute read

Fortunately, RobotDigg’s shipping isn’t too crazy. I’ve had some things come from China that took over two months to make it to the US, but RobotDigg seems to get it there within two weeks (often within one week). It’s not Amazon Prime, but it’s pretty good regardless. 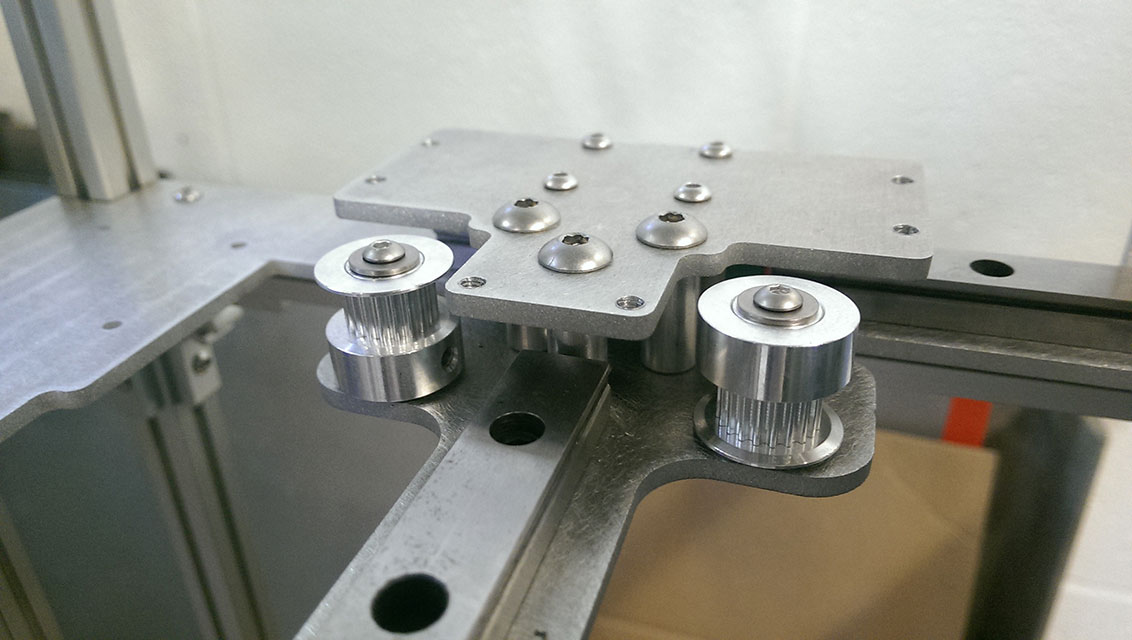 The only real worry I have with these idlers is the fact that they are cantilevered. When the belts are in place and tightened, the moment on the M3 bolt may be high enough to cause the bolt to tilt. I don’t have any good references for the amount of force the tightened belt will put on the pulley, but the lever arm is only ~7mm at most.

With that in mind, I’ve decided to go against the hobbyist mentality of “over build the everloving fuck out of it”. If the M3 bolt can’t hold against the belt, it’s pretty trivial to upgrade to an M5 bolt with MF85ZZ bearings.

That’s it for now. I’m still waiting on washers that are small enough to work with MF83ZZ (Remember that Murphy’s law?), but other than that, all that is left is getting the X-carriage machined.

photos, confinedxy, printer, build, pulleys, bearings
I feedback.
Let me know what you think of this article on twitter @AchillePomeroy or leave a comment below!
comments powered by Disqus
Read More
Induction Soldering Iron
I need to solder large solid brass terminals onto the output of some vacuum relays. These terminals take a lot of energy to heat up, and I want as little... Continue Reading

Things Are Heating Up